Twenty-two sport enthusiasts, most of them members of Ateneu, celebrated a meeting at the Pompeu Fabra room in the first session of the newly created Sports & Ateneu social gathering. At the end of lunch, the coordinator Miquel Àngel Barrabia opened the session to thank the attendance, above all to Mina Pedrós and Eliseu Oriol, coordinators of two other social gatherings in the Ateneu. Then Mr. Barrabia introduced the rest of the assistants.

Straight afterwards, Xavier Bachs, also coordinator along with Mr Barrabia, introduced the speaker. Mr. Bachs said that Manuel Ibern had a degree in Philosophy and a solid experience in sports competition and sport management. Mr. Ibern was an international water-polo player and coach of the Spanish national team between 1979 and 1984. As a player, he took part in the 1968 Olympics, in Mexico. As a coach, he managed the Spanish national squad in the 1980 & 1984 Olympics, in Moscow and Los Angeles. In 2003 he was the director of the World Swimming Championships celebrated at Barcelona.

Concerning public administration activities, Mr. Ibern was sports manager at Barcelona’s Council (Ajuntament de Barcelona) between 1985 and 1996 and vice-minister of sports at the Catalonia Government in 2006. He also was member of the technical committee of FINA and LEN, from 1988 to 1994, and general manager of the swimming club “Club Natació Atlètic Barceloneta” between 1998 and 2001. His last post was sports director of the World Aquatics Championships of Barcelona which will take place from July 19th to August 4th, 2013.

The speaker began his speech reminding his “youth years” at Ateneu. Afterwards, he explained the history of the swimming championships, only European until the sixties, but with a global scope since 1973. That first “world” edition was celebrated in Belgrade. The importance of the event has been increasing in the last fifteen years, to be the great event of nowadays. One new speciality has been added to the traditional five (swimming, water polo, synchronized swimming, diving, open water swimming), which is high diving, a spectacular and risky discipline.

Mr Ibern gave some figures to show the importance of this championship, one of the main events only second to the Olympics: 2,500 appointed journalists (60% from foreign countries), more than 60 broadcasters, 200 nations connected by TV, 500 million people of audience and 14,000 people involved (2,200 swimmers, 2,300 volunteers, etc).

Mr. Ibern focused the following part of his speech in three topics: first, the convenience of the event in a period of crisis, with budget reductions all over. Can we afford it? The answer is yes, because it means a stimulus for the domestic economy. Around 200 companies have been engaged in working for the Championships. Within a period of fifteen days we are going to receive a specialized tourism of 14,000 people, which means around 90,000 overnight stays. It is remarkable that FINA offered to Barcelona these Championships due to the perfect organization of the same event in 2003.

The second topic is related to the impact to the city of Barcelona. Sport, through its potential on TV, becomes a significant tool to create an image and to globalise the city values. Today we can offer a reputation of innovation and solidarity and it is for sure that these Championships will improve this brand. The organizing skills of Barcelona are well known and the ability to mobilize a huge number of people to collaborate with professionals is also well valued. At this point, he remarked the availability of 5,000 people of the initial group, to create a definitive body with 2,300 volunteers.

Concerning the third and last issue, Mr. Ibern assured that he loves to talk about sport and “civic responsibility” because sport allows for the globalization of values. More than one century ago, when the sport came to the city, all the activities were focused on the first private clubs, many of them still working today. From the 1920’s to the time of the II Republic these practises penetrated in all social classes, helping to develop a very wide-reaching sport system linked to the culture and to the “civic responsibility”, which was reflected at social and political levels. But this spirit vanished during the time of the dictatorship. In recent times each club has created its autonomous spaces but still with many faults, like the lack of sports pedagogy in all activities, especially at school competitions.

When the interesting speech of Mr. Ibern came to its end, a very animated debate began with the participation of many of the attendants. Finally, the speaker Mr. Ibern signed the honour book of the social gathering and a group picture was taken. 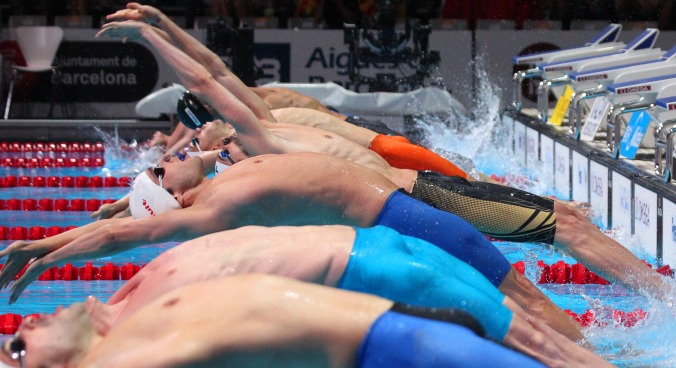